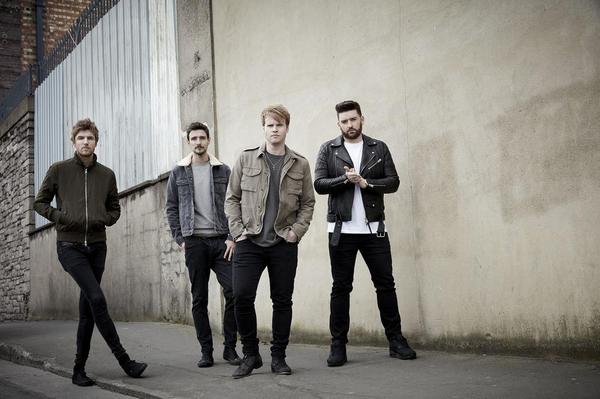 Irish band, Kodaline was recently in town for their first Malaysian headline concert, “Politics of Living“. It was a pleasure to welcome back Steve Garrigan (Lead singer), Vincent May (Drums), Jason Boland (Bass guitar), and Mark Prendergrast (Guitar) to our local shores. Many of us took notice of the quartet after their smash hits “All I Want” and “High Hopes” blew up. Their first two albums, “In A Perfect World” (2013) and “Coming Up For Air” (2015), consisted of emotional indie tunes that o 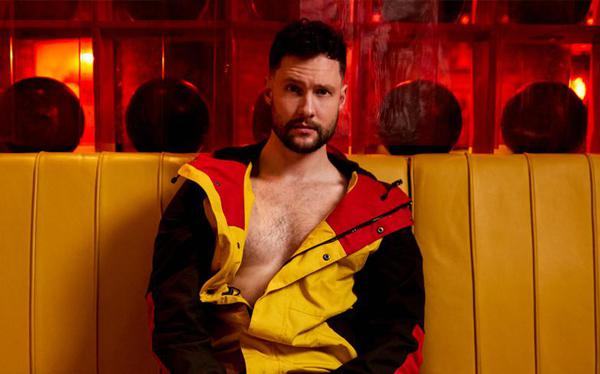 Exclusive: Calum Scott Spills Secrets On Album #2, Getting In Trouble With The Label & His Thoughts On K-pop

English singer, Calum Scott was here in Malaysia earlier this week to perform tunes off his debut album, “Only Human”. Fortunately, we got the golden opportunity to watch him perform not once but twice! One being an intimate performance at Sheraton Hotel, Petaling Jaya. The other being a special appearance at Samsung’s “Era of Live” event. As we all know, Calum rose to fame as a contestant on the highly popular singing show, “Britain’s Got Talent.” During his time there, Calum was memorable fo 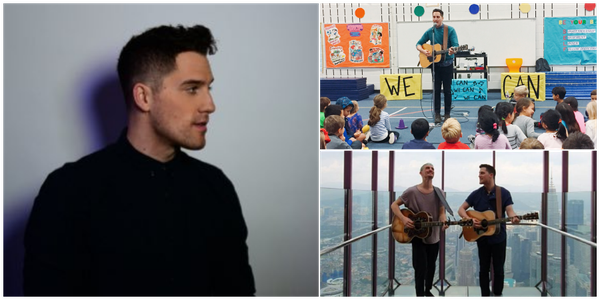 Jesse Ruben Opens Up About His Battle With Lyme Disease, The We Can Project & More

American singer-songwriter, Jesse Ruben was recently here in Malaysia to greet fans and perform songs off his latest EP, “Hope” at The Bee, Publika. The American singer-songwriter first gained recognition for his single “We Can” in 2013. The success of the tune led to the birth of “The We Can Project”. Its mission is to inspire kids to achieve their dreams and make a difference in their local communities. However, the project first came to fruition when an elementary school at Vancouver reache 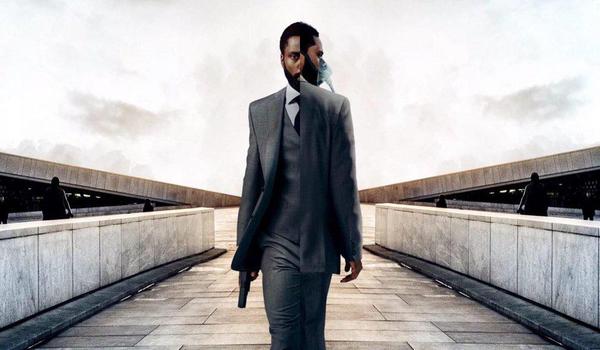 Hype’s Movie Review: "Tenet" Is A Mind-Bending Treat For Anyone Looking For Escapism

At this point, it is safe to say that Christopher Nolan is a cinematic genius. As the man behind masterpieces like the “Dark Knight Trilogy” and “Inception”, Nolan’s feature films have often been well received at the box office and by critics alike. This can be attributed to his cerebral and often nonlinear style of storytelling that sets him apart from other filmmakers. And his latest action flick, “Tenet” proves us right. Set in the present time, “Tenet” follows the Protagonist played by John 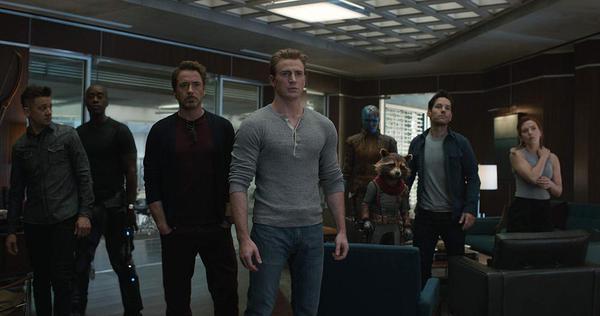 Hype’s Movie Review: 4 Reasons Why Avengers: Endgame Is The Best One Of Them All

The moment we all have been waiting for has finally arrived. After 11 years and 22 movies, the Marvel Cinematic Universe has culminated to its peak thus far. “Avengers: Endgame” finally hits theaters worldwide. Directed by Anthony and Joe Russo, the highly anticipated picture picks up after the tragedy that occurred in “Infinity War”. If you remember, “Infinity War” ended with a cliffhanger leaving fans confused and devastated. Thanos wiped out half of the population after gaining the six infi 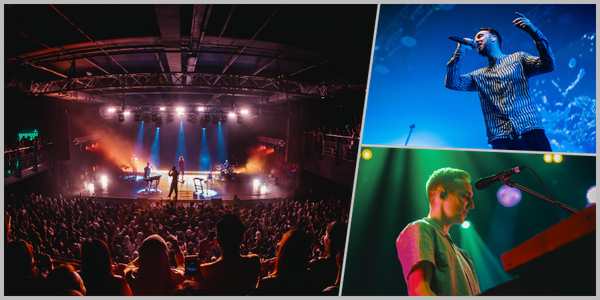 Love was in the air when electronic duo, Honne was in town. The band which consisted of James Hatcher and Andy Clutterbuck, decided to grace KL Live with their presence on the 1st and 2nd of March. Known for hits like “Day 1” and “Good Together”, the band returned to the country with their new headline show. Initially, the showcase was scheduled to be a 1-day thing, but due to high demand, a 2nd show was added, and tickets were selling like crazy! The night of the concert started off with a lo 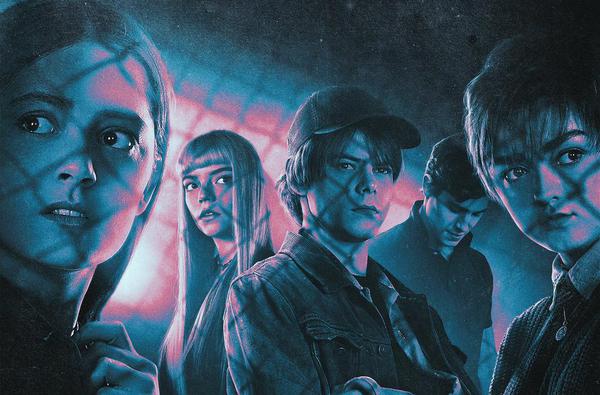 After numerous delays, the final instalment to the X-men movie franchise is finally receiving its moment to shine. Originally intended to be released in 2018, “The New Mutants” was postponed due to various reasons, most recently due to Covid-19. Fortunately for us, it has been confirmed that the horror flick will hit theatres later this month. Yup, you heard that right, it’s a HORROR movie!! Directed by Josh Boone, the feature film follows five young mutants who are held in a secret facility ag 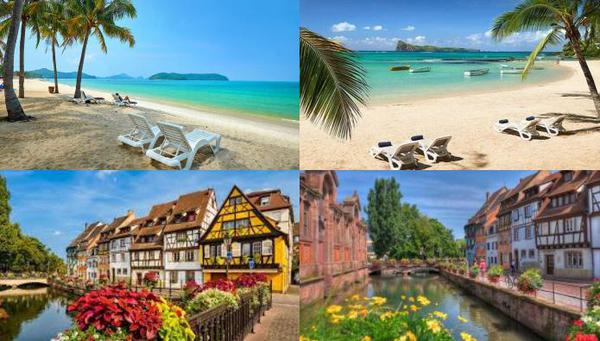 There are plenty of benefits that one can get from traveling. From an enrichment in life to a boost in health, studies have shown that traveling isn’t just fun but also beneficial for one’s overall health. Therefore, many often embark on exciting adventures every year to experience the joy of life. The Covid-19 pandemic has left many travellers upset due to the intensive travel restrictions globally. Malaysians are unable to travel abroad, hence opportunities for travel in the country is bounti 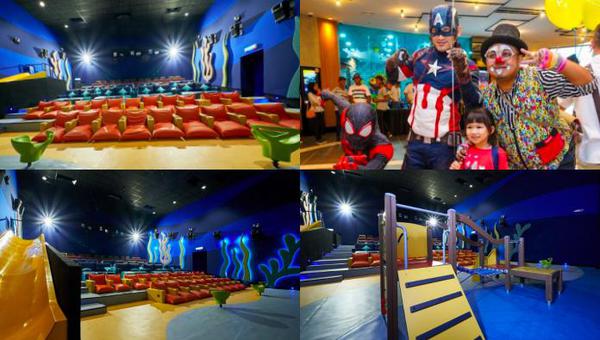 Are you a parent with a toddler who loves going to the cinemas, but is afraid that your little one might distract everyone else during the movie? We have exciting news for you! Malaysia’s leading cinema exhibitor, Golden Screen Cinemas (GSC) has finally launched its first ever family-friendly cinema hall in IOI Mall, Puchong. The family friendly auditorium, PlayPlus, offers families a conducive cinematic experience, where both parents and children are free to engage with one another throughout
Close ✕